The STC conference: A relaxed and inspiring ode to work and our hometown!

We have long awaited our first motivational conference. And, after Saturday, we must admit that we are still quite ecstatic (and it’s not like there was some sort of crazy after party!).

Before we go into details about everything we had the chance of hearing, we would like to thank all of the volunteers, partners and sponsors who made this event, which means so much to us, happen. We firmly believe this event to be the beginning of a wonderful tradition.

Last Saturday, the first edition of the Split Tech City Motivational Conference was held at the CineStar 4DX Mall of Split. More than 200 young people decided to spend their free Saturday in the cinema, listening to the inspirational speeches of local entrepreneurs ruling over the domestic tech scene.

The aim was to showcase bright examples of domestic tech entrepreneurship to young people so that they can realise that, contrary to popular belief, you can succeed right here in Split.

As our very own Toni Trivković, the president of the Split Tech City association, pointed out at the beginning of the conference this event serves as the crown of past activities of this association that connects Split IT companies, institutions, individuals and initiatives.

“We are constantly promoting positive things and we strive to be the wind at the back of the local tech community. Today you will have the chance to hear the inspirational stories of professionals who started their businesses in an ethical and moral way,” he stated at the conference opening.

The slogan of this event was “Live locally, work globally!” and the lecturers presented those exact stories: they all managed to start their own business with the entire world as their target audience all the while enjoying the benefits of staying in Split, the ideal city to live in.

The audience had a chance to enjoy the presentations of Ante Dagelić (Getbybus), Nenad Ćuk (CroatiaTech), Ivan Blagajić (Heetch), Ivan Blažević (Rocket Insights Croatia), Dario Boras (Parklio), Marko Prljić (ConsenSys), Nebojša Veron (dobartek.hr), Frane Borozan (SysKit) and Armando Matijević (SplitX) who have all spoken about their business experiences and the mistakes they made along the way in an effort to provide young people with valid advice.

An explosion of motivation and positivity

Even during his college years, Ante Dagelić has shown an incredible entrepreneurial spirit: in addition to freelancing, he started developing GetByBus along with Denmark’s Morten Smalby and he also started the company Profico with a colleague of his. Today, Ante is working on his doctorate thesis in data analytics and computer security, he is at the helm of the successful IT company GetByBus along with his aforementioned partner and is investing in start-ups, all the while leading an idyllic family life in his hometown.

He encouraged young people from the audience to share their ideas with others, to develop communication and other soft skills, as well as to work hard to gain experience in order to utilise all the free time they have during school.

Nenad Ćuk is a returnee from America. As a 10-year-old boy, his family moved from Croatia to Salt Lake City. There they started from scratch and eventually managed to secure decent living conditions which is why he is extremely grateful to and proud of his parents.

In America, he worked for a number of companies but he also tried his hand at starting his own businesses which proved to be unsuccessful in the end. However, as Nenad pointed out, each failure served as a new lesson to learn from and helped him grow as a person.

A few years ago, he started seriously pondering the idea of returning to Croatia, mostly to improve the quality of his life. He shared with the audience America’s dark sides, its polluted air and tasteless food, but he also expressed his dissatisfaction with Croatia’s bureaucracy and certain people’s practices of constant grumbling over countless coffee dates.

His company CroatiaTech specialises in software and web development, marketing and graphic design, as well as some engineering and VR/AR projects. Along with his business partners, his company employs about twenty people living in Split, Osijek, Zadar, Zagreb, Pula, Rijeka and Salt Lake City.

Nenad, who spends several months a year in America and the rest in Split, is also working on the Cancerous app which aims to detect cancer-causing agents in various products.

He advised the audience to always own up to their mistakes in work, take responsibility, improve upon and move on if possible.

Ivan Blagajić is a programmer who, once he finished his studies in Zagreb, decided to stay in the capital and work for some of the most successful domestic agencies. However, he returned to Split because of the quality of life and he managed to keep his job – precisely because of the fact that most IT business owners do not really care where you work from as long as you work well!

He is currently working for a foreign company with a remote-first policy which suits him perfectly. “Think about what you want and plan every step in your career accordingly,” he told the audience. Ivan also revealed that he wants to do more for the community in the future which is why he is working with a colleague to open a coworking space in his hometown this spring.

Ivan Blažević distinguished himself from the previous speakers by opting for a presentation without visual aids and he reeled the audience in with his charming approach. He disclosed that he worked for two IT companies after finishing his computer science studies and proceeded to found his own with a colleague from the US. After a few years they decided to go separate ways and the success of Ivan’s newly founded company can best be seen in its recent annexation to the fastest growing software agency in the US – Rocket Insights.

This success story would not be possible without dedicated work. Ivan said that he works every day except on Sundays and that he rarely works less than 12 hours a day.

“The whole ordeal of joining Rocket Insights was manageable by not sleeping for two months,” said Ivan, letting the audience know that there was no viable shortcut to success which he would consider relative.

Dario Boras, owner of the company recognised for its smart parking barrier Parklio, made the audience laugh recounting the story of this idea’s birth: alongside his three colleagues he came up with an ingenious idea “out of desperation”. They lived through the disparagement and derision of certain successful businessmen and demonstrated the importance of teamwork and strong belief in one’s idea when they won second place at a global start-up competition after which they received their first major investment.

Today they employ twelve people and successfully operate in the global market. They work in about 30 countries around the world and expect to grow and expand even more in the near future.

Marko Prljić also decided to give a presentation without using visual aids. This intriguing designer has spent the past few years venturing into the world of blockchain. Today, he lives in Zagreb where he works for ConsenSys as the design director, all the while actively participating in various initiatives, projects, hackathons and professional conferences within the Ethereum community.

Along with countless tips on diligence, self-sacrifice and work ethics, which are the only things that can lead one to success, he presented the audience with an interesting meditative experience: after dimming the lights, Marko took the audience on a voyage through time prompting everyone to ask themselves where they want to be in ten years’ time and what they can do in this very moment to make that possibility a reality.

Nebojša Veron is the founder and co-owner of the dobartek.hr platform which provides online food order services in eight Croatian cities. His company employs about 15 young people and they have no outside investments, all funding is their own.

His presentation focused on the importance of communication to achieve business success. He shared that it can be challenging to venture into business with friends which is why it is paramount to exchange each other’s expectations in a clear manner. Furthermore, communication within the team is also something to be considered since it can be a challenge and the key to success at the same time. “When hiring new people, it is important to us that they are people we can learn from as well,” he revealed and recommended the same to everyone. He also touched on the topic of communication with customers and business partners, revealing his discomfort with having business meetings at the very beginning of his entrepreneurial journey.

Frane Borozan is the co-founder and co-owner of SysKit, a company that deals in B2B sales of enterprise software on a global scale. They develop solutions for SharePoint and Office 365 and their plan is to become the world’s largest company in “value added” solutions for these platforms.

At the moment they have about 60 employees, and they have been operating globally since day one. Frane emphasised that entrepreneurs need to be patient, should not give up easily, have to believe in what they do, but also have to know when to quit.

The conference was concluded with a presentation by Armando Matijević who delighted the young audience with his open and casual approach. He runs SplitX, one of the world’s most prolific XR communities working with local and foreign start-ups.

In order to better acquaint the audience with his way of life and working, he told them about his recent 23-day journey from Split to China and America. Participating in numerous conferences and having meetings all across the globe are an integral part of his year-round effort to make his hometown the centre of the world of virtual and augmented reality. Considering that he believes Split to be heaven on earth, he does not miss an opportunity to promote its beauties and business potential; things like playing picigin in the middle of China is second nature to him!

In addition, he mentors many Split start-ups and the words “can’t be done” do not exist in his dictionary. He has urged young people not to be lazy or idle, but to take advantage of all the possibilities that the 21st century offers. Furthermore, he encouraged them to grab some of the countless opportunities in the sea of great potential business ideas.

How to become competitive in the labour market while you are still in school?

In addition to motivational speeches, there was a panel discussion named “How to become competitive in the labour market while you are still in school”. The participants were Igor Roglić (Extension Engine Croatia), Antonio Šerić (Lilcodelab) and the conference host Toni Trivković (Split Tech City / Agilo). The audience had the opportunity to learn about their business stories and reflections which, although different in some respect, are certainly positive and inspiring.

This entirely apolitical conference was supported and funded by the community – partners and sponsors who have recognised the value of this event and the importance of encouraging young people to become entrepreneurs and to stay in Split, namely DUMP Udruga mladih programera, Extension Engine, Lilcodelab, Zadnja stranica, GetByBus, Erste banka, Hotel Krilo, Boban+partneri, Croatia Tech, Agilo, Bitcoin Store, Plan B Back Bar, dobartek.hr, Studio Gost and Zagrebačka banka.

Once again, we would like to thank all of them, as well as the entire audience, for this extraordinary shared experience!

The videos of all the motivational presentations are on our YouTube channel; we are pleased to know that all those who could not join us have a chance to be inspired as well! 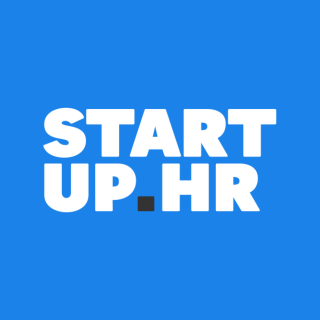 The View from the Inside: What Made the 120th Edition of the OpenCoffee Split Meetup Happen?