With Ivan Burazin about Shift, inspiration and the future

The fifth edition of Shift Conference will be held on 2 and 3 of June in Split, and on this occasion we met with Ivan Burazin, creator and organiser of this event, which at its very beginnings was called Startup Live Split.

Otherwise, Burazin is also co-founder of Codeanywhere, an application attended for web developers who do not like to „waste time“: „Codeanywhere is an application for writing the original code in the cloud, which makes it possible for developers to log into from any computer and work like they are on their own. Codeanywhere has over 500 000 users, and in Split we employ twelve people“.

Contrary to previous editions,  which were conceptualized as a startup convention,this years Shift is intended for the developers. The conference has several additional changes and novelties; there are no more start up competitions, but there will be a hackathon, a 24 hour competition of programmers, and the teams from hackathon will present their projects on the main stage and fight for the prize pool of $ 10,000. „In some details, it will be different, but it still is the biggest informatics conference in the region. The reason for the changes lies in trend changes in the market, so I believe that present event will be much more interesting to a bigger number of people, then it was before“, reveals Burazin.

We were interested how everything had started  and was it difficult to organise the first conference, so our interviewer disclosed: „I attended the StartupWeekVienna in 2011 and that conference thrilled me! I thought that a similar event should be organised in Croatia as well, so then I said to myself ‘Why not?’ and that is how I started. It was very difficult that first year, because nobody believed that such event could be organised in Croatia. In the very  beginning, for me it was only important to make it happen, so I didn’t think about following years and starting a tradition.“

In spite of initial difficulties, the Shift did become a traditional event, and Burazin believes that each new conference was better in quality and more successful than the previous one:

„The number of visitors grew with each year; we started with 250, and last year there was over 1100 visitors. In time, we had more noted speakers and a better organization; absolutely everything was more successful with each following year.“

The biggest benefit of the conference so far, Burazin believes to be the inspiration of visitors. „ We managed to show to visitors that everything is possible, from the SHIFT itself that was a success to the businesses that the lecturers talked about; they literally from nothing established corporations which are worth billions.“

We asked our interviewer does he follow up with work and progress of the young teams, whose  startup ideas had won on Shift: „Absolutely! There are too many to mention, but we are proud of all that made it through Shift; from each year I can single out at least one team that is growing exponentially, like BellaBeat, Oradian, Photomath…“

Did you ever wonder how Shift looks from „another angle“, that is – how much time, manpower and effort is needed, for the duration of the conference which spans several days, for everything to function perfectly?  „It does take a lot of time, so I have several employees who, for a better part of the year work exclusively on organising Shift. Of course there is also support of my own startup Codeanywhere, and I am also very much involved in organisation. Still, I am not part of exactly everything, which I consider a good thing,  because it means that Shift has grown.“

Of course, even Burazin, encountered difficulties and was occasionally discouraged  while in the process of organizing the now traditional conference: „Everytime,when the idea of giving up goes through your head, and I think this doesn’t refer only to Shift; whatever you are trying to accomplish, there are moments in which everything seams dark, but in the end you pick yourself up and move on! The biggest issues are always the finances. That is, we do not do Shift for economic reasons, but to give back to the community, to make it easier for all that wish to follow the footsteps of Codeanywhere, Bellabeat, Oradian and other, to make it easier for them, either by speakers we bring and which they have an opportunity to meet, or either by educational content which is presented, or by other people that they get to meet during Shift.“

We asked him is he proud that in great part it is his doing as well, that Split is slowly taking its place on the world map of IT and startup destinations, on which he modestly replied:

„To be honest, I don’t think about it, I just want to help as much as I can. Also, I am not alone, there are many people who are trying to lift the Split’s IT scene. I only hope, that more people will take the same path, because all will benefit from it.“

For the very end of our conversation we wanted to learn how he sees Split in 10 years and what he wants to relate to those who want to make their contribution, so that Split can become an even better place to live and work.

“That is a hard question, I relocated from Toronto to Split, exactly 20 years ago and I have to admit that much has changed since then; some parts and things you can’t even recognise any more and I am certain that in next 10 years, things will change and develop even faster, but in which direction and how, it depends solely upon us!  That’s why I hope that as many more people will contribute, so that Split in 10 years is a city so well established that we are all proud. Regarding the advice, the only way that Split can be better is that all of us are aspiring to be the best at what we do. There is nothing more than that we can do!”

We suggest that you take Burazin’s advices, but also hurry with getting the tickets for the Shift conference, because promotional prices are valid until March 15th! 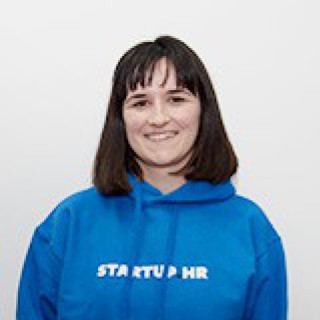