Join us at the 2nd edition of our Festival of Technology and Entrepreneurship!

How researching dolphins can lead you to software engineering

To begin, tell us about your college journey. We hear it’s an interesting story.

Wow, nice! But we also heard that your student years were interesting?

During my studies, I worked at Radio Student where I hosted shows related to ecology. I volunteered in different environmental, cultural, and scientific organizations. Perhaps, the most interesting experience in my life, just after I finished my studies, was the dolphin population research in the Adriatic Sea.

Now that we’ve got to know you a bit, tell us about your career path.

After college, the first challenge naturally was – finding a job. In Croatia back then, at least in my case, it was hard to find a long-term position in the ecology field. Then I decided to move abroad. Since I was a drummer and spent a lot of time traveling in Europe, I had the privilege to visit many cool and interesting places. But the city that thrilled me the most was Prague. So, I made my decision to move to Prague.

A little bird told us you worked there for Amazon.

Exactly! Shortly after moving to Prague, I got a job at Amazon. I had never worked for such a large corporation and wanted to try what that would be like. My job was to investigate possible suspicious activities and frauds to protect our customers. It was an exciting job, but I had found out that the corporate world was not my thing.

But the road brought you back to Croatia. How come?

Yes! After two years at Amazon, I wanted to do something that would be more fulfilling. For a short period, I even worked as a chef at a vegan restaurant. After that, I came back to Croatia and decided to start my own business, but since the coronavirus pandemic happened – well, you know, plans changed. That idea is waiting for some better times.

So how did you end up in software engineering?

It happened by fate. A former colleague of mine from Amazon posted on LinkedIn that she started working as a Software Engineer. We started talking about her job, and it fascinated me how she made that switch in her career. I applied to Codeworks, a software engineering school. And in the next eight months, I was into coding 24/7, non-stop learning, and at the same time working on various projects.

Oh, if memory serves us correctly, you’ve got various hobbies.

Guilty as charged! I was a snowboarding instructor in Italy, a video editor, and concert organizer, and a booking and tour manager for bands. Oh, and I almost forgot, I have a yoga instructor certification.

And now you’re here with us. Can you tell us how you like working in Agilno so far?

It’s been awesome, and I am not saying it just because I’m talking to the Marketing team! (Laughs!) 😀
I like the atmosphere in the office. And even though we can work remotely, I am still coming here every day. But, the person that fascinates me the most is Petar, our CEO. He has a clear vision of where he wants to see Agilno in the long run, and he is transparent about it. This way, we all feel a part of the company’s success.

In the end, do you want to maybe share some key thoughts with us? 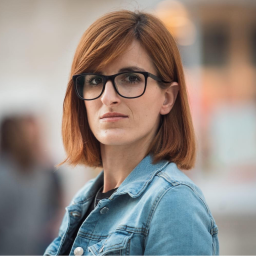 Split Tech City eBook: summing up the growth of our tech community!

Split Tech City eBook: summing up the growth of our tech community!