The first hardware meetup in Split

The Croatian IT scene is booming and every day it is more developed, and we see that in the results of our IT professionals are getting and  wining at various competitions around the world. Also, whether you are a programmer, designer or alike, it is not difficult to find a group of people with similar interests which can be connected, and where you can get the necessary advice, information and business opportunities that you need.

Gatherings of such groups are not new in the world, but it is a standard practice, especially in the Silicon Valley. And in Split nowadays there are numerous groups that brings together fans of different IT sectors. However, those who were interested in the production sector, ie hardware, they were left ignored; If you are thinking about making a project or developing ideas, so far you have mostly been left by yourself to figure it all out.

The situation is similar in whole Croatia; those who are interested in hardware are missing just a place where they can gather and  share their common passion and ideas, get information and get support and advice on starting production. This situation has prompted two enthusiasts, Paško Peljić and Toni Šegvić, who have their own hardware startup project, to launch a hardware Meetup in Split. They decided to organize a hardware event or meetup under the name of Hardware Unity Split, first of its kind in Croatia.

Hardware Unity has two objectives; The first is to connect people with the same passion for fellowship, cooperation, fun and stimulating this sector in Croatia, while the second goal is of promoting and supporting entrepreneurship and startup communities in the field of hardware. Specific value of these meetings was precisely the desire to change the image of production and to stimulate growth of the sector. In fact, one of the most neglected and least developed branches of our economy is production, especially when it comes to advanced technology products to create a new and a better future.

The meetings are intended as a casual gathering for those who are interested in hardware, where they will be in a friendly environment to get to know one another and share tips and experiences, and you are welcome regardless of whether you are an entrepreneur who has long been engaged in this business or just a curious guy who would like to learn more about this area and to meet other interesting people.

„The key to success of many, especially people from smaller communities like ours, lies in socializing and networking. By starting Hardware Unity we want others to know that they are not alone on their path and allow them to gain new informations, useful advices and contacts to circumvent many problems that can be encountered. We hope also not to only help people in achieving their dreams, but also contribute to the development of our country and setting the same into the world map of competitiveness and innovation“, explains Toni Šegvić.

We hope that you will also join the upcoming meetings and make the maximum use of all the advantages of this group that carries with them!

For all other information, as well as details about the first official meeting, visit the meetup page Hardware Unity Split! 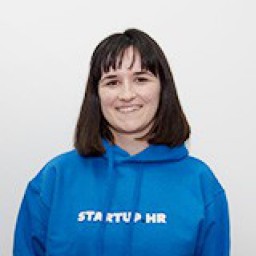 What is DUMP all about?

Endemic is ready to grace us with its presence!

Blazorise is another blazing star in Split’s tech ecosystem sky!

What is DUMP all about?

Endemic is ready to grace us with its presence!

Blazorise is another blazing star in Split’s tech ecosystem sky!