This week we caught up with Tomislav Mamić, a local entrepreneur who is now part of a team leading the cryptocurrency and blockchain movement in Split and Dalmatia.

Tomislav, or Tomo as we all know him, isn’t a stranger to taking risks and trying new things, and over the past years he has been part of a number of startups in Split. He cofounded and run the first coworking in Split – Amosfera Coworking, he worked for smart bench company Include and is a key driver of youth entrepreneurship development in Split having started and managed Klub Mladih Split, the local youth club.

With this ‘can do’ mentality he more recently turned his attention to the world of blockchain and cryptocurrency. There was some interest in Split and as it grew he saw the need to organise a meetup in collaboration with Klub Mladih Split, running meetups, workshops and lectures in various locations such as WIP and Amosfera coworking spaces.

Meetup by meetup, the interest grew, as people couldn’t escape cryptocurrency and blockchain in the news, and now they had the chance to learn more about it locally. Membership grew and eventually Tomo and the team decided to go all-in and organise BlockSplit, Split’s first international conference for blockchain business & development. 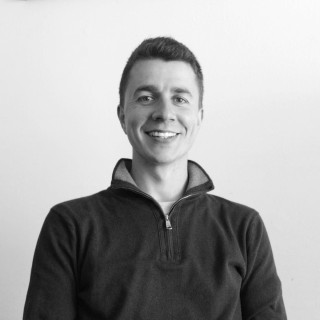