Shift Conference 2018 provided us with the chance to share Split Tech City’s mission with all those attended. We saw a lot of familiar faces as well as connecting with new ones, from countries such as Slovenia, India, Lithuania, USA, France and the UK to name but a few. We met coders, programmers, freelancers, digital nomads, HR officers and family or friends of participants too.

Whilst queueing up for a D16 coffee from the Agilo stand, we bashed into Antonio, an old member of Amosfera Coworking and WIP Coworking. It had been a while since we last met him and were thrilled to hear his news.

After working in Croatia for various companies, as well as a brief stint in Ireland, Antonio returned to Croatia, spending time in both Zagreb and Split. It was in Zagreb where he got an offer which took him down the road he’s on now. An associate and friend of his at the impressive coworking space HUB385 offered him the chance to move to Poland to be part of an accelerator program.

Antonio grabbed the opportunity, and spent four months developing, improving and moving forward with his product, an IDE called QueryStorm. It offers plug and play SQL and C# support for Excel, and is the perfect solution for data professionals, DB admins, developers or business users.

He still lives in Poland now, but having seen the IT community in Split rapidly develop over the last couple of years, as well as soaking up the May rays with the opportunity of popping to the beach, you can tell that a return to Split as a digital nomad may be on the cards in the near future.

Hear more from the man himself in this week’s video below.

He’s written his own blog post about it which caused quite a stir, appearing on Reddit and HackerNews. You can read them all here: 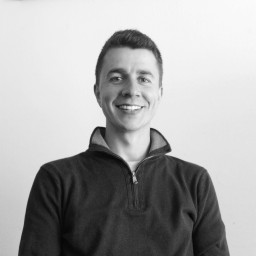 NFTartXpert: what are Web3 and Metaverse?

NFTartXpert: what are smart contracts, minting, and gas fees?

NFTartXpert: what is a blockchain?